The city is an historically important town north of Patiala, especially for the Sikh faith. Gurudwara Fatehgarh Sahib marks the site of the live entombment of the two younger sons, Sahibzada Fateh Singh and Sahibzada Zorawar Singh of the tenth Guru of the Sikhs, Sri Guru Gobind Singh on 12 December 1705, by the Governor of Sirhind, Wazir Khan, the place is the today commemorated by Gurdwara Fatehgarh Sahib, 5 km (3.1 mi) north of the Sirhind. The name ‘Fatehgarh’, refers to the ‘Town of Victory’, because in 1710 Sikhs under the leadership of Banda Bahadur overran the area and razed the fort that was built during Balban’s rule to the ground. Nihang at the Jor Mela held every year in December to commemorate the martyrdom of the king of Guru Gobind Singh. Gurudwara Jyoti Sarup Sahib is about 1 km from Fatehgarh Sahib on Sirhind- Chandigarh road. It was at this place that the mortal remains of Mata Gujri, the mother of Guru Gobind Singh and his two younger sons, Sahibzada Fateh Singh and Sahibzada Zorawar Singh were cremated. Wazir Khan, the then Faujdar of Sirhind refused to allow the cremation of the bodies unless the land for the cremation was purchased by laying gold coins on it. 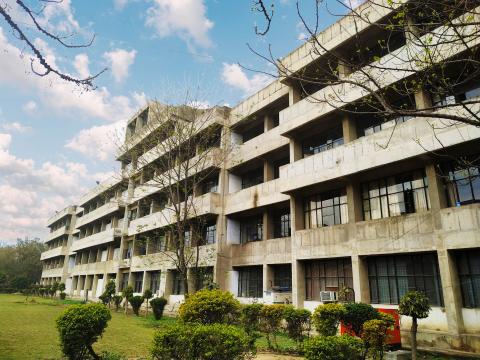 Today Mal, who was an ardent devotee of Guru Gobind Singh, purchased this place of land by offering gold coins as demanded. And thus etched his name in the annals of Sikh history and earned the salutation of Deewan. The town is surrounded by four memorial gates, each in the memory of four important figures from the Sikh history associated with Sirhind. These are Deewan Todar Mal, Nawab Sher Muhammed Khan, Baba Banda Singh Bahadur, and Baba Moti Ram Mehra. Each person belonged to different castes/religions, thus depicting the harmony and brotherhood among people of those times Aam Khas Bagh Fatehgarh Sahib district has many historic monuments that stand testimony to its Afghan and Mughal links. The Mughals are still alive in magnificent architectural legacy, which they had left for the future generations. One such monument is the Aam Khas Bagh. It was built by Akbar and later developed by Jehangir and Shahjahan. As the name suggests, the garden, spread in an area of a mile and a half, was divided into two parts meant for both, the ‘aam’ (public) and ‘Khas’ (rulers). Mughal Emperors used to stay here while going to and coming back from Lahore. Sri Guru Granth Sahib World University Sri Guru Granth Sahib World University is a private university located in Fatehgarh Sahib, Punjab, India. It was established under Punjab State Act 20/2008 (Sri Guru Granth Sahib World University Act). The construction of the building was funded by the Shiromani Gurudwara Prabandhak Committee. The University was inaugurated formally and started its first session on 24 July 2011. Though Jasbir Singh Ahluwalia was appointed the first Vice-Chancellor of the university in 2008, he was shot and critically injured only a few days after the inauguration of the university. Gurnee Singh, former head of the Department of Sri Guru Granth Sahib Studies, Punjabi University was appointed acting Vice-Chancellor of the university on 9 August 2011. A distinguishing feature of the University will be Sri Guru Granth Sahib Studies characterized by latest interpretational methodologies, Sikh Historiography with re-interpretation, in contemporary ideological perspective, of the basic sources will be given special attention.

When it comes to the selection process, the candidates have to take up a written exam / Interview. Selected candidates will be paid a handsome salary (as per Govt rules). The type of questions that are asked in the technical interview round differs from one position to another. There are multiple steps for the selection process for the posts of Stenographer, Clerk, Peon, Process Server, Gardner, Chowkidar, Liftman, Sweeper, Watchman, Chauffeur, Cook, etc. in the Fatehgarh Sahib District Court. The procedure is as follows

We advise to you for other Fatehgarh Sahib Court Recruitment 2021 and selection process please read given official recruitment notification carefully before apply.

Know the current status of your case by Return SMS

Important: Case Number Record (CNR) is a unique Identity Number of each case, which remains constant. All the Advocates, Litigants, and stakeholders are requested to ascertain the CNR of their respective cases from the concerned Courts and to refer the same for all future references.